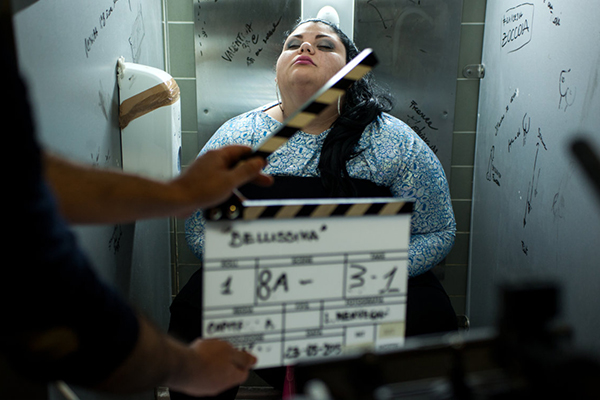 Veronica is twenty years and a prisoned of her huge body. During a night club party a boy starts to make fun of her. Veronica as desperate as she is, hides in the club toilets and believes inside there is no one else that can see her. The fate, however, has in store a pleasant surprise for her…

Alessandro Capitani began his career in the film industry as an independent author and he graduated from the National School of Cinema of Rome in 2009. His short films and documentaries have won prizes in Italy and abroad. Whit “Beautiful” he won David di Donatello for the best national short film 2016. 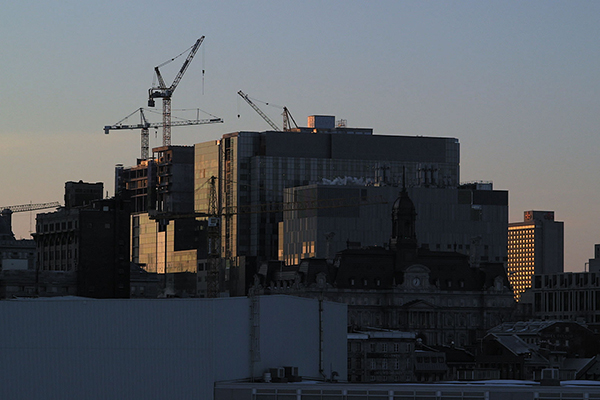 A contemporary city symphony where floating memories blend with urban sounds and the natural elements, where tales of loss and love are mirrored by the demolition and construction of new buildings, where death and birth stand next to each other, like the darkest hour of the night and the first lights of the day, and the net of the streets holds tight all the possibilities that life might unfold.

Cristina Picchi is an award winning Italian filmmaker, writer and visual artist based in London. Her films have been screened in festivals worldwide, winning prizes in festivals such as Locarno, Clermont-Ferrand and Thessaloniki. In 2013 she was nominated for Best Short Film at the European Film Awards, while her last short film was in competition at the 72° Venice International Film Festival. 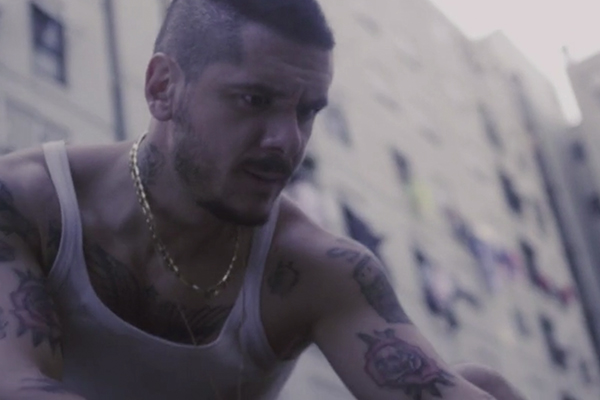 Shot in Tor Bella Monaca, with a low budget production, “Christian” tells the story of a good for nothing, an atheist, a reject that lives on the marginis of society. Something painful have troubled him for a long time. That pain will show something disturbing, a huge power that he can’t neither control nor understand.

“Saku” was born in Rome. While getting his film degree, Saku was spending more time playing his bass guitar in a punk rock band. In 2007 his video “Fashion Kills Romance” launched his directing career, resulting in 90 music videos in just 3 years. His style has evolved covering so many genres. Several awards later, Saku has recently expanded to work already in the US, UK, Americas and Asia. 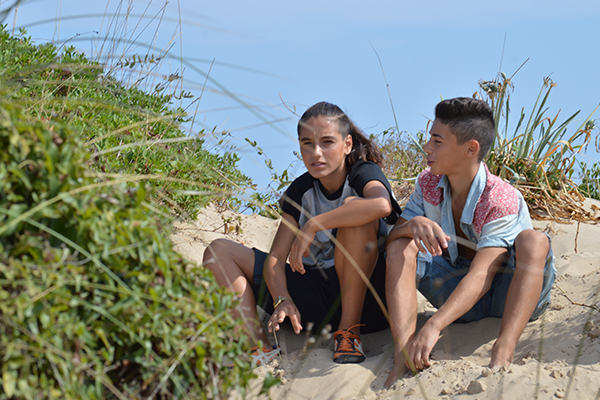 Gio’ is a 13 year-old girl living in the south of Italy, head of a boys’ gang. She’s secretely in love with young Paola, and she’s ready to compete with male opponents to win her heart. In the last day of summer, innocence ends.

Valentina Pedicini was born in Brindisi, South of Italy, in 1978. She’s an awarded documentarian: “Mio Sovversivo Amor” (2009), “My Marlboro City” (2010) and “Dal Profondo – From the Depths”. “Era ieri – It was yesterday” is her first work of fiction.

Starting a family can be a very risky business.

Valerio Attanasio (1978) is an Italian scriptwriter. He started his career as an assistant director and then worked on the backstage of many films. In 2011, he co-authored with Gianni Di Gregorio the script for the film “Gianni e Le Donne” presented at the Berlin Festival in the Berlinale Special section. In 2013, he wrote, along with Sydney Sibilia, the script for “Smetto quando voglio”. He is currently writing his first film as director for Wildside. 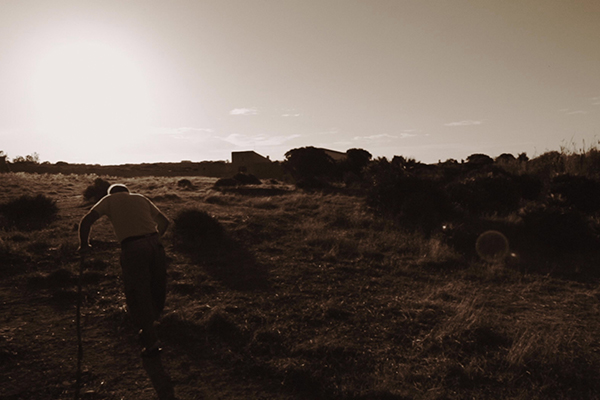 In Europe there’s an island. In that island there’s a Man. And in that Man there is an island. Gesuino, 88 years old, former shepherd. Never married or had a family. The outside world has stayed away, outside his house. But far away from everything, Gesuino still keeps one last passion… An intimate portrait of a man which is also a portrait of an aging Europe.

Pedro Lino (Porto, 1980) is a portuguese filmmaker based in London. With a background in art and design, he began his career directing animated short films, for which he received several awards. In 2013 he was in charge of the video production for the Angola pavilion, winner of the Golden Lion at the Venice Biennale of Art. 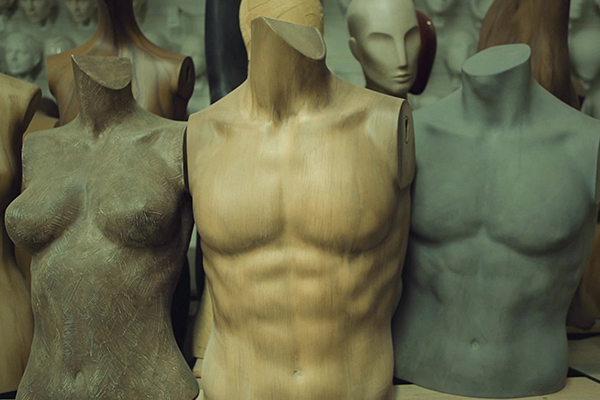 Each year 400.000 people from Africa, Asia and Middle East, try to enter Europe. They flee from war, persecution and poverty. Since the ways by land have been interrupted, they board overloaded vessels and face a dangerous and often deadly voyage across the Mediterranean.

Fabio Palmieri was born in Naples the 22nd December 1974. Since 2008 he works as a film/video director. In 2010 he founded the NotWorkingFilms, an independent Film Production Company located in Milan. In 2016, “Irregulars” won The Best Documentary at 25th Aspen Short Fest (Oscar Qualifying Award). 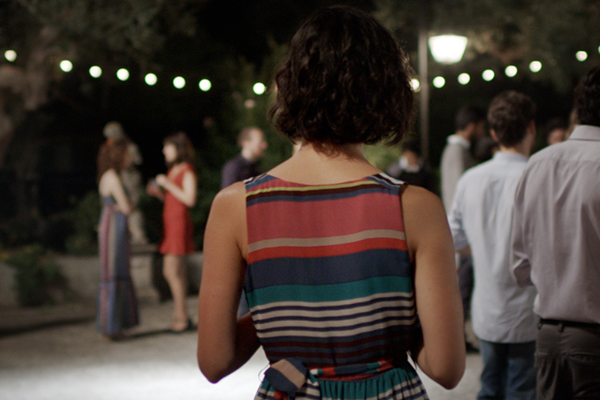 In a small southern Italian town, the young manager of a bridal dress shop rediscovers herself through the ambiguous bond with her boyfriend’s teenage brother.

Mirco Valenza is a young director from Apulia (Italy), currently living and working in London. After graduating from high-school back in Italy, he moved to England to enroll in the Film & Television Production course at the University of Westminster in London where he specialized in directing and cinematography. Since his graduation in 2013, has been working as a commercial and music promo director as well as on his own personal film projects. 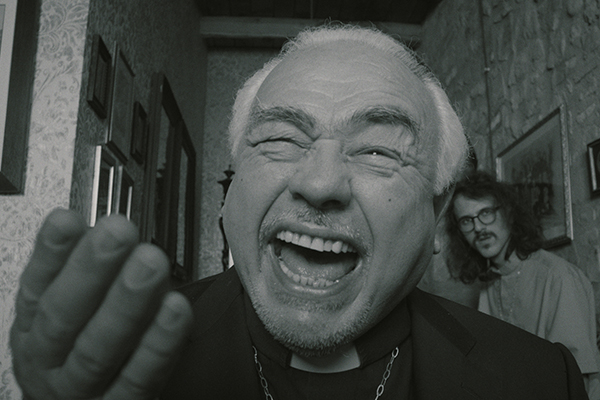 Thanks to a contractual technicality, Joseph Ratzinger can go back to the Pope. His manager, Joe Pistachio, meets the head of human.

Born in Benevento in 1987, scriptwriter and director. In 2009, he wrote “Lavativo”, a stage play directed by Ugo Gregoretti. Between 2010 and 2013 he has directed a series of music videos and short films, including “Il mese di Giugno” and “Tacco 12”, mockumentary on the obsession with group dances. In 2015, he wrote the “Buena Onda” Show starring Rocco Papaleo, won the Premio Solinas La Bottega delle Webseries and collaborated with The Jackal directing many of their commercials. 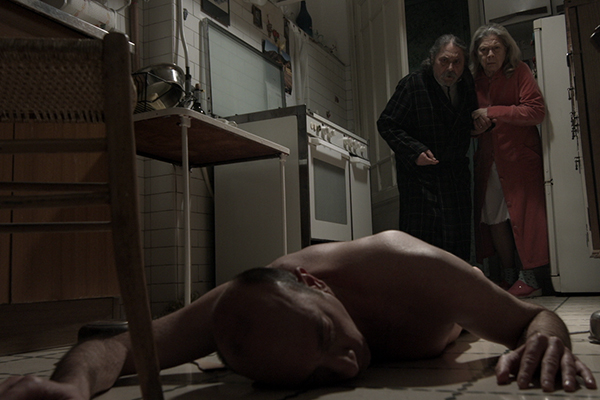 XZ3 is an alien who comes on Earth to conduct a deep analysis on what humans call “love”, since on his planet this feeling no longer exist. Alberto and Maria, an old couple, host and hide him taking care of him with an unexpected truthfulness. Together, they build a delicate relationship, made of kindness and reciprocal curiosities, through a rediscover of senses and languages. Alternating ironic and intense moments, XZ3 finds in the old couple’s apartment an authentic love and complicity nest, until he’ll finally understand the power of arts and human relationships.

Emanuele Daga was born in Rome in 1992. His passion for humanistic studies has soon become an artistic and spiritual investigation on what it means to be Human. Through cinematography and photography he is able to dig deeper in his research by discovering and telling people’s stories.